An opportunity to serve and donate.

Adrian Stern drove to California in his Ford Pinto after graduating from the University of Michigan. Today, many years later, he’s a partner at a prominent CPA firm, a real estate developer and a professor at USC law school. He believes the Valley is the land of opportunity and a wonderful place to raise his four daughters. Like many in our community, his first interaction with the medical center was on a fairly routine basis. His second daughter was born at the hospital.

He became friends with Patty Williams, the fundraising director at the time, when the firm first got involved to support the Foundation’s efforts. Soon, however, his philanthropic relationship with the hospital became an extremely personal one due to a severe illness.

“I sit here today only because of the extraordinary efforts from the people at Tarzana. My survival hung by a thread at one point,” said Adrian whose complete recovery from COVID-19 was nothing short of miraculous. “The doctors and nurses did a phenomenal job.”

Adrian didn’t see his family for two months while hospitalized and during that time the caregivers became his surrogate support system. “The nurses would hold my hand just so I had some human contact because I couldn’t see anybody else.” He continued, “They supported me in ways that were extraordinary. That is the culture of the hospital. And they did extraordinary things for my wife when I wasn’t able to talk to anybody.” Caregivers at Providence Cedars-Sinai Tarzana Medical Center spoke to Adrian’s wife every day while he was in their care. His wife said she could deal with everything as long as she knew what was going on. “If I wasn’t sure about supporting the hospital before, I’m very sure now,” stated Adrian.

This firsthand experience confirmed for Adrian that Tarzana is here for us and we need to partner with them. “By donating to the Reimagined project, we can take care of each other as a community. The new patient tower will let the Providence Cedars-Sinai Tarzana team continue their enduring legacy in the San Fernando Valley,” he said.

Adrian is the current co-chair of the Real Estate Committee at Providence Tarzana Foundation. He enjoys his public role, but he gives because it is the right thing to do. “It is an honor to have an opportunity to serve, and a bigger one to donate and support the mission of Providence. It’s important to support the hospital because it is an irreplaceable community asset we all benefit from.” 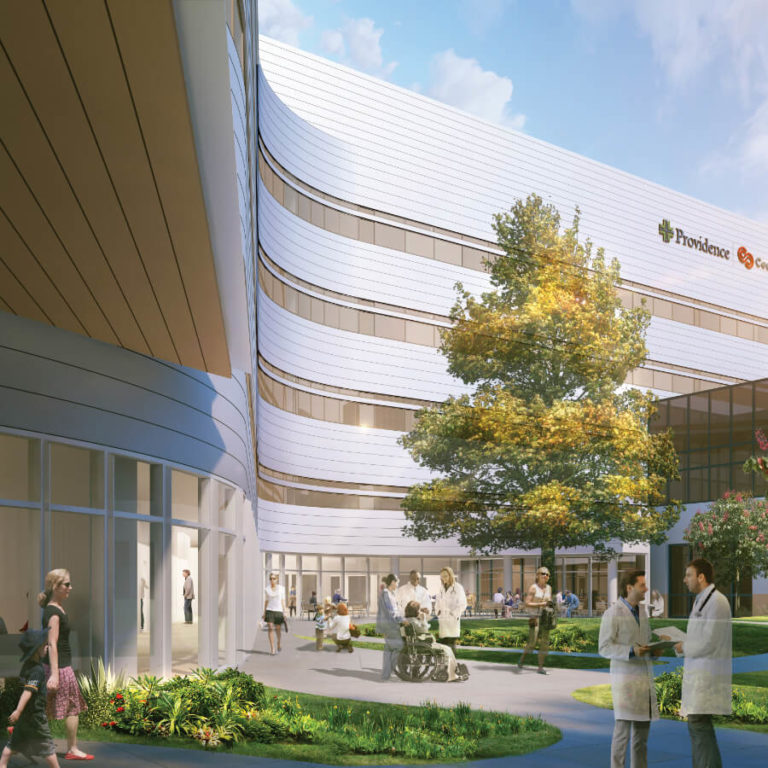 Healthy and back home with her family, Nilo Bahadorani gives thanks.
Read Story
View All Stories