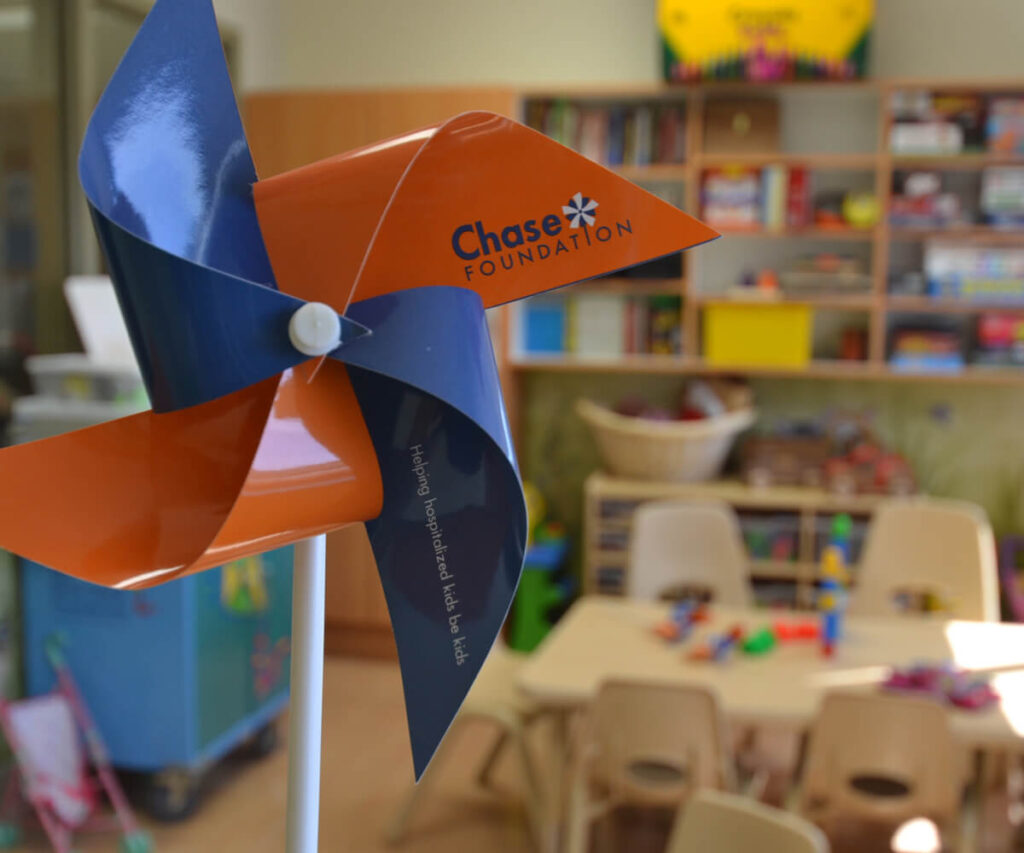 A Little Girl’s Life-Saving Stay in the PICU

When Ali North gave birth to her youngest child Haven, she was thrilled to be able to deliver her daughter at Providence Cedars-Sinai Tarzana Medical Center. The hospital was just down the street from Ali’s home and possessed the world-class facilities, clinicians and credentials of her ideal medical home (including selection as one of the 100 best hospitals in the US by Healthgrades).

Haven’s delivery was happy and smooth, and when Ali took her daughter home she did not expect to be visiting Providence Cedars-Sinai Tarzana Medical Center in the near future. That changed about three months later, when Haven’s pediatrician diagnosed her with hypotonia (chronically low muscle tone). Ali started taking Haven to physical and occupational therapists, which helped, but unfortunately Haven remained vulnerable.

When Haven was nine months old, she developed an infection that brought Ali back to Providence Cedars-Sinai Tarzana Medical Center and its pediatric unit. The hospital’s physicians immediately diagnosed Haven with pneumonia and acute bronchiolitis. Ali was deeply impressed by both the compassion and talent of Providence Cedars-Sinai Tarzana Medical Center’s caregivers. As the mother of three young children in addition to Haven, Ali was also happy to learn that the medical center had a special partnership with Children’s Hospital Los Angeles (CHLA).

Specialists from CHLA actually work on-site in Providence Cedars-Sinai Tarzana Medical Center’s Pediatrics Department to ensure that its young patients have round-the-clock in-house physician coverage. With this devoted physician team on her side, Haven recovered smoothly from her infections and quickly went home with Ali.

Unfortunately, Haven remained susceptible to infection, and Ali twice found herself back at Providence Cedars-Sinai Tarzana Medical Center. The second time, Haven had developed a respiratory syncytial virus (RSV) infection, which had provoked a distressing set of symptoms. Haven was continually vomiting and experiencing severe dehydration. After stabilizing Haven, the hospital’s emergency physicians immediately transferred her to Tarzana’s Pediatric Intensive Care Unit (PICU) which, in Ali’s words, “ended up saving her life.”

The PICU’s physician specialists worked hard on a proper diagnosis for Haven, while a team of caregivers monitored her condition 24/7. Within 36 hours, the doctors ascertained that Haven’s lungs were too weak to clear out the mucus and related byproducts of her infections, which was in turn causing her aggravated symptoms.

Even after the physicians put Haven on oxygen support, her lungs collapsed at one point in the middle of the night. Ali was utterly terrified, but within moments an emergency physician team came running in to treat Haven. The team made a split-second decision to perform an emergency intubation, which was later shown to have unquestionably saved Haven’s life.

As soon as that was accomplished, the medical team informed Ali that they needed to put Haven into a medically induced coma for 48 hours, as part of a broader strategy to help her heal from her infections and regain capacity in her lungs. Ali was worried sick, but by this point she had developed confidence and trust in the PICU’s caregivers, and supported their call.

“The care went beyond just medical,” said Ali, describing her experience with the clinicians at Providence Cedars-Sinai Tarzana Medical Center. “I still get choked up thinking about how compassionate everyone was, the entire time we were there.” When friends and family suggested Ali consider transferring Haven to Children’s Hospital Los Angeles, she said there was no need because CHLA’s doctors were already treating Haven, at Providence Cedars-Sinai Tarzana Medical Center.

While Haven was in the coma, the specialists from CHLA ran a gamut of tests on her (cardiac, neurological, genetic, swallow tests and more) to make sure there were no additional factors afflicting her. Ali remembers seeing the doctors stand before a large chart, checking off each test as it was done and diagramming all potential diagnoses to make sure they were giving exactly the right treatment for her daughter.

Over the course of the next week the caregivers successfully brought Haven out of the medically induced coma and, to everyone’s great relief, she began to heal and strengthen on her own. The PICU team had addressed all of her underlying health issues and were able to give her body the chance it needed to heal and regain its strength.

Haven’s doctors warned Ali that although she was out of immediate danger, the road ahead remained uncertain. The young baby was so weak that there was a significant chance she would not have the ability to walk or talk normally as she grew. Even as the PICU physicians prepared to release Haven to return home, they informed Ali that her daughter would need to remain quarantined at home to avoid any new infection. They also helped connect her with a variety of specialists to aid Haven in her recovery, including a skilled pediatrician, physical therapist and lung specialist.

This care plan proved to be as transformational as Haven’s stay in the PICU itself. Though she had to be quarantined for three months, Haven eventually recovered from her infection and rebuilt her muscle mass to a healthy level. By the time she entered toddlerhood, she was fully functional. Today she is a happy and healthy three-year-old girl who loves her mother, the Disney film Moana and her siblings, though not necessarily in that order.

As for Ali, she remains eternally grateful to the caregivers of Providence Cedars-Sinai Tarzana Medical Center, not only for saving her daughter but also for bolstering her at one of the lowest times in her life. “I was living in a nightmare,” she said, “but all of those caregivers went out of their way to make that environment as supportive and reassuring as possible. That really meant the world to me, and I’ll never forget it.”